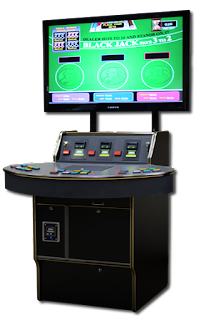 Please check out our newest product: 3 Player Blackjack Machine. This is a great machine for your gameroom or club. Has all the latest features including: 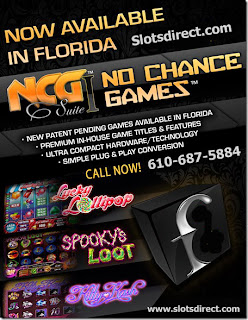 This gamecube has 3 video games on it. Can be installed in any Pot of Gold or Cherry Master 8 Liner cabinet that has touchscreen and a printer. It is pre-reveal and that makes it compliant with the laws of Florida. You must have a Touchscreen VGA Monitor to use this board. No re-loads or fees beyond initial purchase are required. See bottom of this page for more specifications.

No Reloads or fees required, no license

Player can pre-reveal up to 100 games ahead

On Screen settings for all options

Has 3 Games included  Click Here
Posted by Unknown at 2:18 PM No comments:

North Carolina Sweepstakes Owners Might Have a Way to Stay Open


Yes there may be a way to stay open. North Carolina Internet Sweepstakes and Pot of Gold 8 Liner Parlor owners might have discovered a loophole in the law that allows them to stay open. It was first reported in the  Hickory Record that the "look Ahead" or "Reveal" feature on some games might make them Legal to operate in North Carolina. The Skill Eldorado 8 liner game board (sold by Slotsdirect.com) actually allows the player to reveal the results BEFORE he places his bet. This gimmick makes the games non-gambling games since the player knows the outcome before he places his wager. Any Cherry Master or 8 Liner game can be retro-fitted with the new Skill Eldorado board. Bruce Mitchell, owner of Slotsdirect.com is quoted as saying he expects a big demand in North Carolina for the new Skill Eldorado boards. 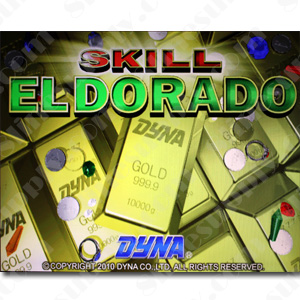 The Attorney General has not commented on the new games yet and the legal status has not yet been tested. This might be a way to stay open and stay legal. What happens next remains to be seen. Stay tuned.
Posted by Unknown at 12:42 PM 1 comment:

If you have ever thought about starting or operating a Quarter Pusher route then this manual will help show you the way. It tells you everything you need to know and best of all it is FREE for a limited time only. To get your free copy download manual

Posted by Unknown at 6:06 AM No comments:

Do you have a Cherry Master, 8 Liner or Pot of Gold game cabinet that needs to be converted from CRT to LCD display ?

If your CRT Picture tube type monitor goes bad in an older game cabinet and needs to be replaced, you will need to convert it to a new LCD Flat Panel monitor. This is because they no longer manufacture the CRT monitors. You can only buy LCD monitors. But don't worry because it is fairly easy to convert your cabinet to accept the new LCD monitor. We sell you all the parts needed to make the conversion at Slotsdirect.com and we have the full  LCD monitor conversion instructions available. So don't throw that old cabinet away. Convert your cabinet CRT to LCD flat panel, it is easier than you think.
Posted by Unknown at 3:46 AM No comments: 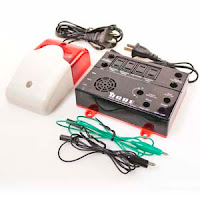 We are pleased to announce the availability of this new device that will prevent Zapping of almost any device in the coin-op world including 8 liners, and cherry masters, bill acceptors, ATM's , vending machines and arcade machines.
Zapping game machines with electromagnetic pulse (EMP) devices to induce credits is one of the most common methods of cheating in the amusement industry and there are few effective solutions to prevent it from happening - until now.
Our Anti-Zapper Device puts a stop to zapping in your game room. Able to be installed on nearly any game machine, the  Anti-Zapper Device sounds an alarm, shuts off your LCD, and restarts the bill acceptor when players attempt to zap credits.

Illinois
The town of Gurnee, near Chicago, became the latest jurisdiction to opt out of the state's forthcoming operator-run video lottery market. The five-person board of trustees voted unanimously on Feb. 20 to ban VLTs from bars and other locations. Local press outlets said 77 communities and four counties statewide had already opted out, taking advantage of a clause in the 2009 Video Gaming Act, which established regulations for the VLT sector. Chicago, the state's largest potential VLT market, has still not decided the issue.

Ohio
The Ohio House voted 69-24 to pass HB 386, a bill that would permit casino gambling and video lottery terminals -- but not for amusement operators. VLTs would be confined to a few racetracks. The Ohio Coin Machine Association has been lobbying hard since late 2011 to convince legislators to include amusement operators in any gambling expansion bill, but so far without success.

South Carolina
A Senate Judiciary subcommittee on Feb. 22 passed a measure that would explicitly outlaw sweepstakes videogames, which are popping up statewide. The full Judiciary Committee now has an opportunity to consider the bill. Gov. Nikki Haley opposes sweepstakes videogames and other forms of legalized gambling in the Palmetto State. As reported by Vending Times, South Carolina has recently seen legal warfare erupt statewide over the status of sweeps games.

North Carolina. The state Court of Appeals on Feb. 22 upheld, by a vote of two to one, the right of local jurisdictions to impose special taxes on sweepstakes videogames. Local operators in Lumberton had sued the city after it imposed a $5,000 operating fee per location and a $2,500 per-terminal licensing cost.

Georgia
The Legislature is facing a proposal for limited VLT legalization, but only the state lottery would be allowed to operate them. State Rep. Ron Stephens (R-Savannah) has offered a measure to allow the state lottery to operate VLTs in areas with high tourist traffic. Stephens cited a state lottery study that estimated the move could raise $1 billion to support Georgia's underfunded HOPE scholarship program.

Tennessee
Waynesville city leaders said they plan to join jurisdictions such as Maggie Valley, Canton and Franklin that charge up to $32,000 per location annually for Internet sweepstakes café licenses. Video gambling was banned statewide in 2007 and sweepstakes games were banned in 2010, but operators have challenged the latter with multiple lawsuits.

Pennsylvania
Rep. Curt Schroder (R-Chester County) has introduced HB 1893 to ban sweepstakes videogames in the House Committee on Gambling, which he chairs. Schroder told local press outlets that only 13 sweeps cafés are currently operating in the Keystone State but could proliferate if lawmakers fail to act. As earlier reported by VT, in 2009 Schroder asked the FBI, U.S. Attorney General Eric Holder and assorted Pennsylvania law enforcement and tax agencies to investigate the amusement industry. Two years later, the result was a massive bust of organized crime figures who were charged for operating a number of the state's estimated 17,000 illegal video pokers.

Alabama
State prosecutors rested their case in the second trial against electronic bingo operators and associates in late February. Meanwhile in the city of Oxford, a sweepstakes videogame parlor was preparing to open in early March, even while city officials said they planned to shut it down.

South Dakota
Senate Bill 167, which would raise the state's VLT bet limit from $2 to $5, lost a vote in the state Senate on Feb. 6. On Feb. 22, the $5 limit proposal lost a second vote in the House. Unfortunately for VLT supporters, when the House version of the $5 bet limit went down, it took with it a bill -- already passed by the Senate -- that would allow operators to expand the number of VLTs from 10 machines per location to 14.

If you are interested in more information visit Slotsdirect.com